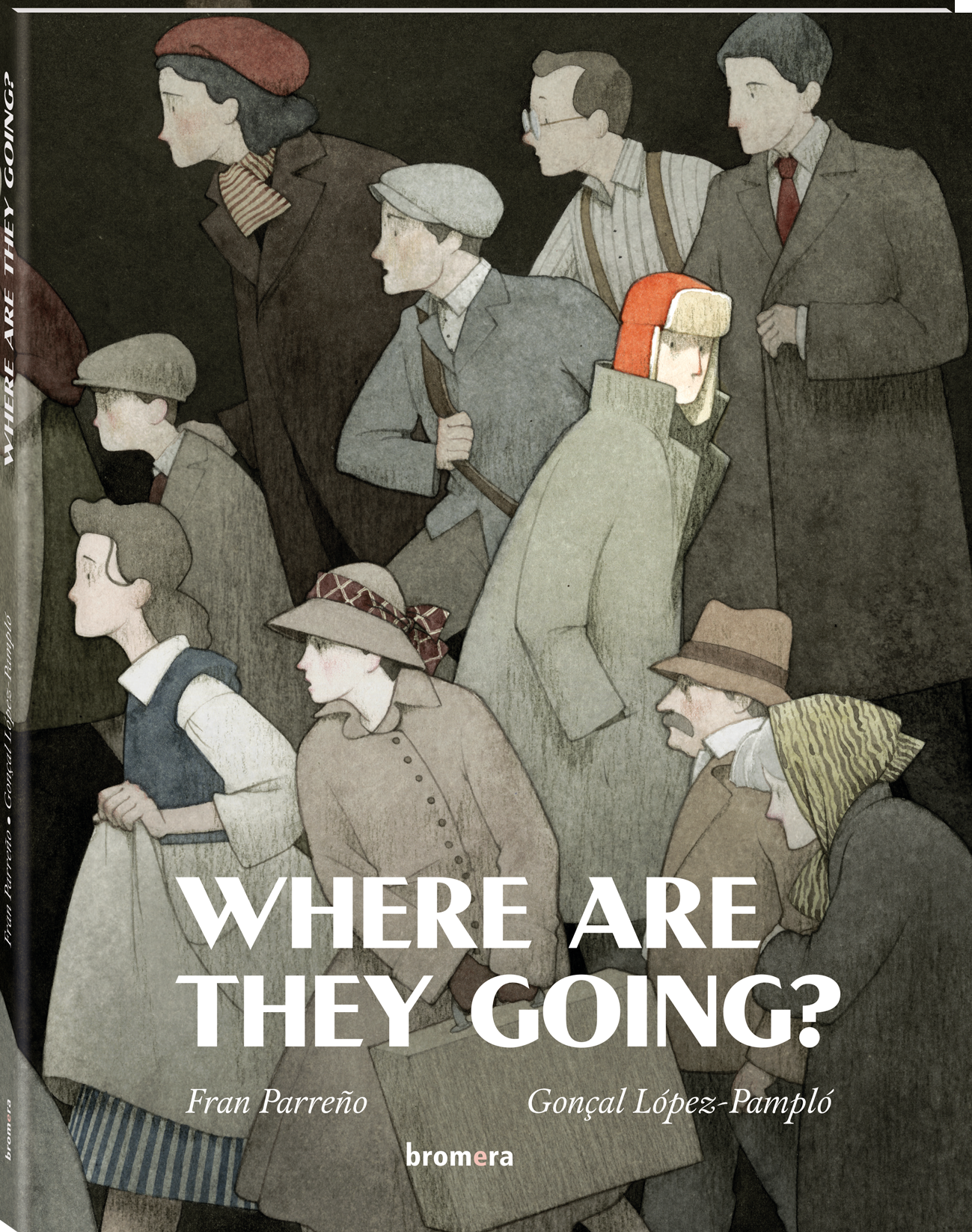 Where Are They Going?

A man, a very normal man, walks along the streets of a city, a normal city. However, something is unusual. People are going in the opposite direction of the man, who keeps going home without noticing they are running away. In the meantime, soldiers are deployed while aircraft fly overhead. But he remains indifferent, because he thinks he is safe, until he becomes aware of what is going on.

• A new kind of picture book in our catalogue: an allegorical story suitable for middle grade readers and adult ones.
• A book about freedom and how fragile it can be if we act with indifference.
• The first part of the book is silent, while the last one is based on Martin Niemöller’s classical reflection on Nazism.
• Technically, this is one of the most ambitious picture books of this year, as it includes a final chapter that carries on as the story ends.